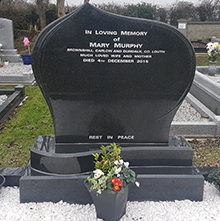 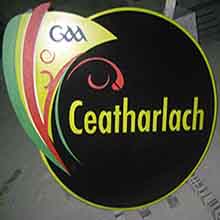 The Hughes family can be traced back to Peter and Eleanor Hughes. They worked in the stone trade in Kellistown, Co. Carlow until 1779.

They moved to Green Lane in Carlow town and set up their stone business there. Their son Patrick Hughes took over the family business and in 1884 they moved to Tullow Street.

The next Hughes to take over the family trade was Edward Hughes son of Patrick. Edward was born in 1879 and worked from Tullow Street all his life. He lived in Tullow Street with his wife Anastatia and seven children. Their three sons Paddy, Mick and Eamonn were all involved in the stone trade and specifically in headstones and memorials. Eamonn left to set up his own monumental business in Thurles Co. Tipperary. Paddy Hughes took over the monumental business and along with his brother Mick worked in Tullow Street until 1958. Once again the Hughes’ had to move premises due to the presence of an archway. Trucks had replaced the horse and cart and these trucks were too big to fit under the archway into Hughes’ yard. Consequently Paddy bought a piece of land opposite the Cathedral in College Street, our present location.

Paddy passed away in 1976 and his wife Annie took over the business for two years. Then in 1978 she sold the business to her nephew Frank McGarry. Frank is a son of Annie Hughes (sister of Paddy and daughter of Edward). Frank had worked for Paddy helping out in the evenings, at weekends and holidays while still in school. He followed in the family tradition when he finished school. He moved to England in the 1960’s and continued to work in the monumental trade mainly cutting inscriptions by hand, a skill he had learned from his ancestors. Frank is the current owner of Hughes Carlow and has been joined in the family business by his son Edward.

With such a long tradition it’s not surprising that Hughes Carlow have been involved in many major stone projects in our area.

Cathedral of the Assumption, Carlow

We were involved in

Altar made for the church which was then covered with religious cloth during a ceremony and will never be uncovered as part of the Church’s tradition. This was the first New Greek Orthodox altar in Dublin for eight hundred years.

St. Laurent O’Toole was born in Castledermot and died in Eu in Normandy in France. He was canonised in 1225 by Honorius III 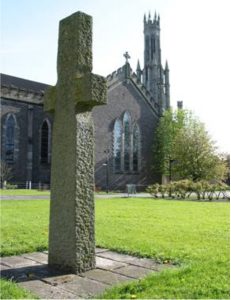 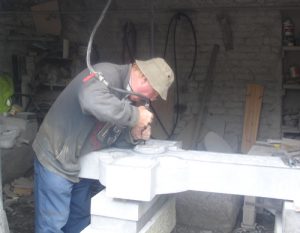 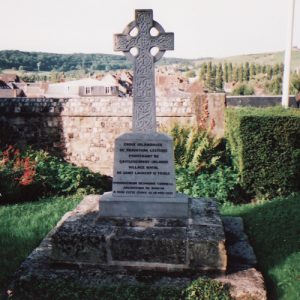 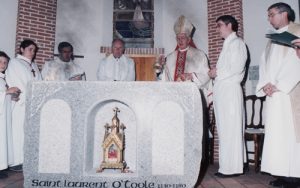 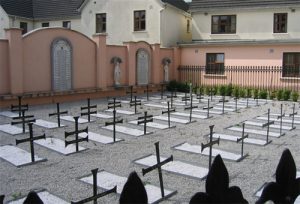